With 37 states in the US having legalized cannabis in some form, and Senate Democrats recently having introduced legislation to lift federal prohibition and institute regulations on the drug, the momentum behind cannabis and cannabis-related cannabidiol (CBD) has never been stronger. Mainstream opinion has been swinging in the direction of acceptance for years, and numerous companies in the space have been seeing the benefits. In another win for the industry, Major League Baseball recently became the first major US sports league to allow individual teams to sign CBD brands as sponsors.

The new rule goes into effect next year and will allow for TV and digital advertising, or even jersey patches. The one caveat in the new advertising program is that MLB will not allow teams to be sponsored by any CBD companies that have psychoactive levels of THC in their products.

MLB’s chief revenue officer Noah Garden explained to The Drum that it felt like the right time to jump into the market, which has seen some maturing — similar to how blockchain has evolved in recent years. “You kind of take these new markets… [and] you try to come in at a time where there’s some separation between the companies that are here for the long-term and the companies that [aren’t],” he said. “And we had a lot of requests from CBD companies that were looking to invest in the sport, whether it was locally with a club or nationally with MLB.”

The CBD market is estimated to be worth almost $5 billion worldwide and could reach $47 billion by 2028, according to the Sports Business Journal. A growing number of former or current pro athletes have landed CBD sponsorship deals of their own, including golfer Bubba Watson, US soccer star Megan Rapinoe, and former NFL star Rob Gronkowski. Boxing legend Mike Tyson even launched his own cannabis company, Tyson 2.0.

While the NBA, NFL, and NHL continue to bar both CBD and cannabis marketing at the national level, it would not be surprising to see those restrictions lifted in the near future, as too much money is being left on the table as the market surges. According to Interpret’s New Media Measure®, about one-third of US consumers use cannabis at least once a month. Among sports followers, MLB fans are slightly ahead of followers of other major sports when it comes cannabis use. The NFL has the most room for growth in this area. 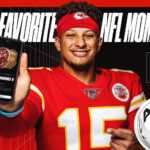