According to Interpret data, Fitbit (owned by Google) owners are more likely to use paid fitness coaching services.

The wearables market – whether standalone fitness trackers or fully featured smartwatches – has been gaining momentum for a few years. The global pandemic steered many consumers towards the pursuit of a more active and healthier lifestyle, and even though the market is in a different place than it was in mid-2020, interest in wearables from the likes of Apple, Fitbit, and Samsung remains high.

For some consumers, pairing a wearable with paid fitness coaching is an appealing option. Apple Watch owners, for example, can utilize Apple’s Fitness Plus service to take video workout classes via Apple TV where their real-time metrics can be shown on screen as they exercise. According to a report in Protocol, Google is aiming to offer a similar feature through its Google TV platform, enabling support for third-party workout programs among Fitbit users and those using any Wear OS-based smartwatch, which includes Pixel watches and Samsung Galaxy watches (thanks to a partnership merging Tizen and Wear OS last year).

A Pixel Watch with Fitbit integration is shipping this year, but Google does face some challenges when it comes to fragmentation, as noted by The Verge. For example, the Wear OS 3 supported by the Pixel Watch will be different than the Wear OS from Samsung on the Galaxy Watch 4, and Fitbit runs its own OS. Having one unified ecosystem (as Apple does) would make it easier for third-party developers to support Google’s fitness efforts. It’s possible that Google will aim for more unification in the future, as the wearables news does come from a closed-door event with partners, describing a “Better Together” plan, which may include smart TVs, Nest speakers, and other Android devices.

Wearables support in Google TV has yet to be formally announced, and it’s something that won’t arrive until 2023 at the earliest. That said, Interpret’s New Media Measure®, finds that Fitbit and Samsung smartwatch owners are more likely than Apple Watch owners to pay for a fitness service, which would seem to make Google TV integration a good move for these companies, especially as Google looks to put its Google TV platform on more smart TVs. 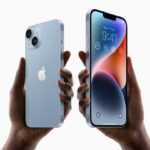