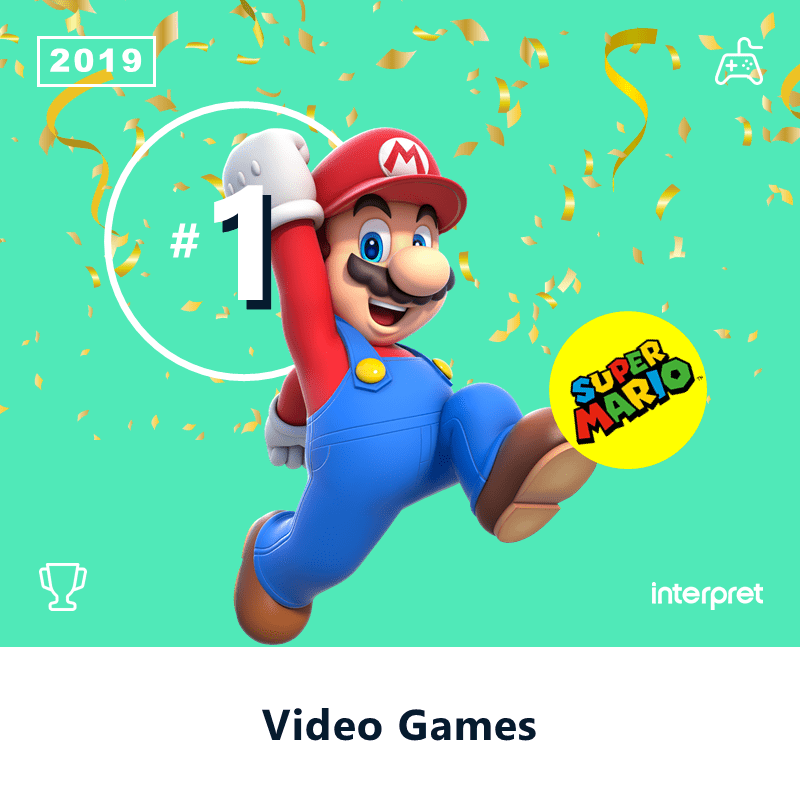 Fans = Percent of all participants that indicated they were a fan of a brand.

Fanatics = Represent the percent of fans of that brand that indicated it was a top 5 favorite. This loyalty score is an indication of the strength of the fanship audience. Survey
Interpret surveys 9,000 Americans between the ages of 13 to 65 every quarter as part of its New Media Measure program. The survey covers a wide variety of topics including: demographics, behaviors, shopping, entertainment, movies, television, music, and video games. Responses are then weighted to the American population.

This survey was conducted from June through September 2019.

Measuring Fanship
As part of the New Media Measure survey, participants were asked “For each franchise below, please pick the statement that fits best.”

The statements available were:

Participants who selected 4 are recorded as being fans of that brand.

Participants who selected a brand among their top 5 are considered “Fanatics” of that brand.

Fanatics are measured by percent of people that respond to a brand as a top 5 favorite compared to all favorited brands on their list. It is considered a loyalty score and an indication of the strength of the fanship audience. These are fans that will drop everything to engage with their favorite brand.

Determining Brand List
The best efforts were made to determine what should or should not be included as a brand on the list. We understand that it is a subjective process, but the following rules of thumb were used.

Some brands were included if they demonstrated strong brand potential, while other popular potential brands were excluded as being brands that would only exist in its current state with little to no transmedia potential.